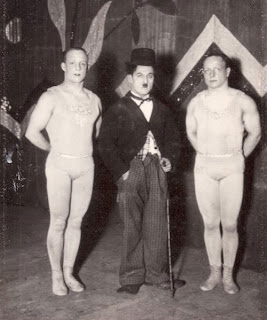 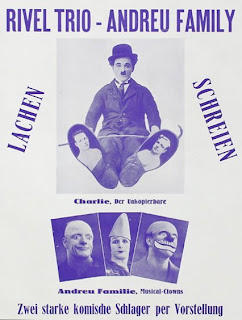 From Wikipedia:
Josep Andreu i Lasserre (April 23, 1896 – July 26, 1983), best known as Charlie Rivel, was an internationally known Spanish Catalan circus clown. He debuted when he was three and formed the group Los Rivels with his brothers Polo and René. He took his artistic name from Charlie Chaplin. Legend has that Chaplin later asked him: "Is it you who imitates me or I who imitates you?". At the start of the Second World War he discovered his definitive routine, featuring a chair, a guitar and a long jersey. He had to stay two years in Nazi Germany. The theater play by Gerard Vàzquez Uuuuh! is based on that time.
In 1954 he returned to Barcelona where he became the star of Circo Price. His routine of the ululating clown is still remembered. In 1971, he appeared in Federico Fellini's film Clowns. Nowadays in Cubelles a Museum is dedicated to him, the Charlie Rivel Hall. 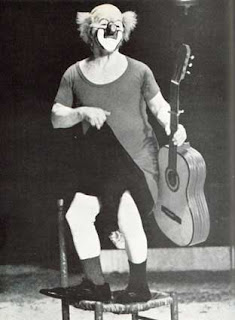