Mr. Stan Laurel is, of course, best known as the skinny, dim-witted half of comedy duo Laurel & Hardy. His character is as recognizable across the globe as Charlie Chaplin. 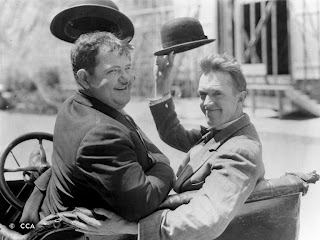 Before making it big in motion pictures, Stan Jefferson toured the English music halls with Fred Karno's pantomime troupe, as both a featured comic, and as an understudy to Chaplin, who was in turn an understudy to Billie Reeves. The troup toured the American vaudeville circuit in 1910, and the two comedians shared several flea-bag hotel rooms. As legend has it, Mack Sennett saw Chaplin one night in the touring show, and wired Fred Karno about hiring him for silent films: 'Is there a fellow named Chaffin or something like that in your troupe?' Chaplin's last vaudeville appearance was in Kansas City's Empress Theater. 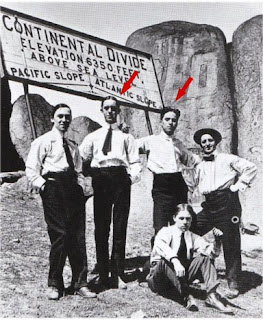 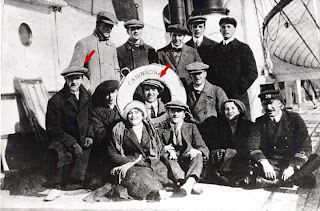 Stan (left) and Chaplin, on tour in America 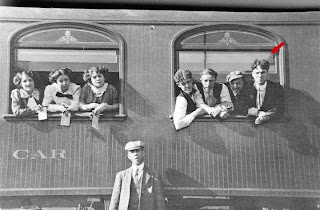 Chaplin, with the Karno troupe, moving from city to city 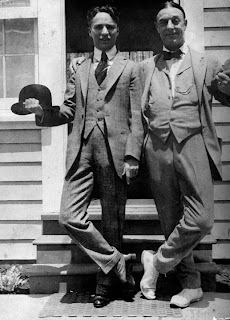 Chaplin and Billie Reeves
Though Stan returned to England briefly during this time, the years 1914 to 1917 found him performing in American vaudeville, often performing as part of "The Stan Jefferson Trio", or "The Keystone Trio", impersonating his newly famous friend. 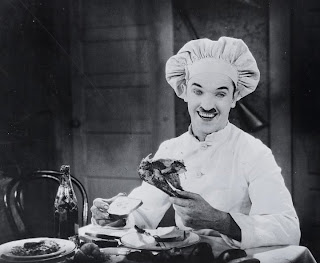 It was around this time that Stan changed his last name to Laurel, and began a successful film career of his own. His early film characters were still very reminiscent of Chaplin's tramp. Laurel quickly developed his own style of comedy, and eventually teamed up Oliver Hardy, who, at the time, was playing villains and large characters in Chaplin impersonator Billy West's films!
Even after retirement, Stan would still occasionally imitate his famous friend upon request. A derby hat and a smear of black under his nose from a matchstick, and Stan would launch into one of his old vaudeville routines.
Posted by The Faux Charlot at Friday, August 20, 2010