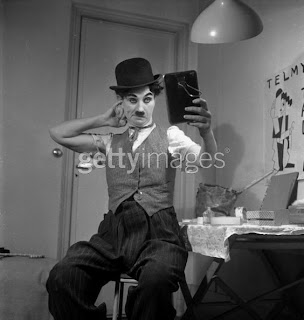 1955: Austrian actress and impersonator Telmy Talia checks her make-up after her uncanny transformation into Charlie Chaplin for a Paris nightclub show. (Photo by Michel Brodsky) 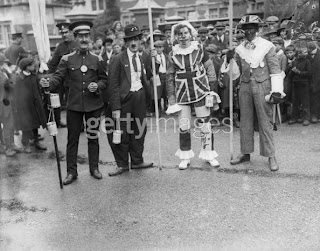 June 1919: A blacked-up minstrel and a Charlie Chaplin lookalike at the Camberwell peace carnival in south London. (Photo by Topical Press Agency) 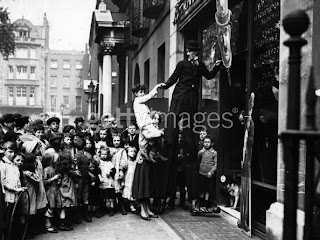 1st August 1918: A stilt-walking Charlie Chaplin lookalike promotes one of the English comic's films at a cinema in London. (Photo by A. R. Coster)
Posted by The Faux Charlot at Monday, August 16, 2010