As one can see, Michael Jackson had a lifelong obsession with Charlie Chaplin. In 1995, he recorded the song 'Smile', written by Chaplin in 1936, for his album HIStory: Past, Present and Future, Book 1. It was canceled days before its release date. Only a few copies from the Netherlands, Germany, and South Africa were saved.
Michael Jackson's brother, Jermaine Jackson, sang 'Smile' at his memorial service on July 7, 2009, at the Staples Center in Los Angeles, shortly after Michael Jackson's friend Brooke Shields mentioned it had been Jackson's favorite song. Although many credit Chaplin with this song, only the instrumental version was used in the movie Modern Times. John Turner and Geoffrey Parsons added the lyrics in 1954. It was recorded by Nat King Cole the same year.
Jackson was a huge fan of pantomime and classic movement artists, having learned his famous 'moonwalk' from mime Marcel Marceau. 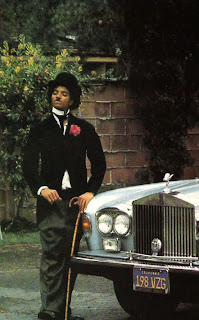 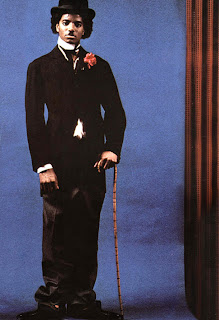 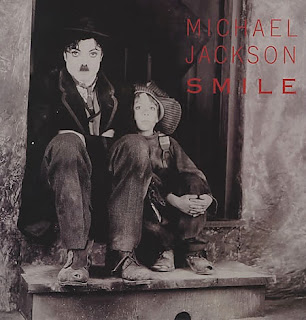 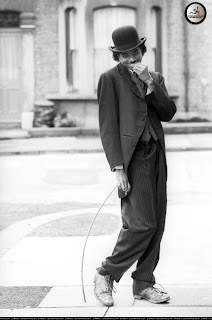 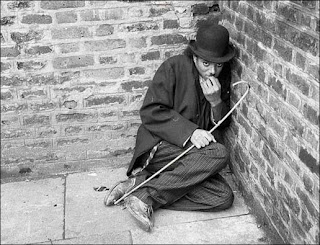 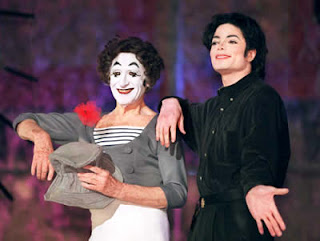 Side note: I performed as Charlie Chaplin at an outdoor festival in Kansas a month or so after Jackson's death. A group of teenagers found me, and asked if I was 'really Charlie Chaplin', and if I was going to sing 'Smile' anytime that day. They were very excited and wanted my autograph. After chatting with them a bit, I realized they had no idea who Chaplin was, and thought I was appearing at the festival as a tribute to Michael Jackson. They had just heard the song on the televised footage of his funeral, and recognized the Chaplin name. It's amazing how cultures collide.
~Mr. D
Posted by The Faux Charlot at Monday, August 09, 2010