I've had the pleasure of chatting with Patty via Facebook. I really enjoy her unique take on the tramp character. As you can see, we share a love of baggy pants, derby hats, and floppy shoes.
I asked her to share her background and influences: 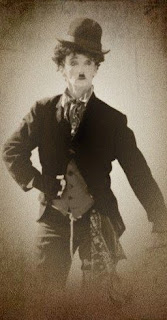 Hailing from a vaudeville family in NYS, I fell in love with Charlie when I was a small child. I started impersonating Charlie when I was about 15 years old. I waltzed into a college campus on Halloween that year and walked away with First Prize. I started to read any info on him I could get--including books of gossip and his ex-wives. I was also highly influenced by Lucille Ball, having grown up inside her home County of Chautauqua--near Jamestown--in a town called Fredonia. I did my senior HS Thesis on Chaplin's Influence to Modern Day Comics, and received honors. I began college as a filmmaker and did a tribute to Charlie called TRAMPS in my Junior year. Film became very expensive for this poor Lil tramp, and so I created 'Three Piece Suit', a pantomime group that brings Chaplin films to life. I now have incorporated many productions in my one man band. 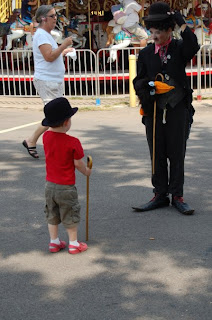 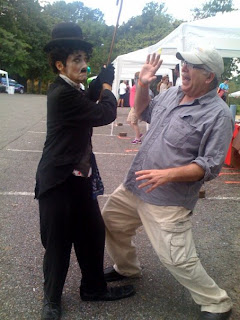 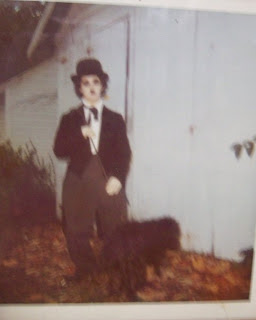 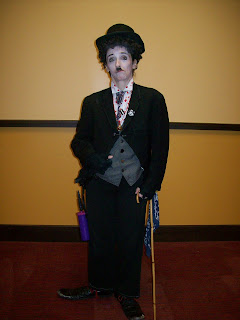 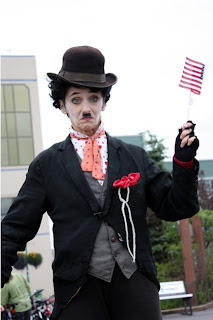