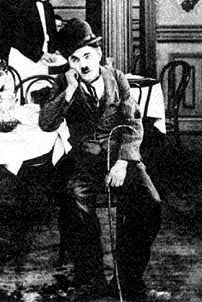 Billy West (1892 - 1975) was born Roy Weissburg in Russia. West adopted his professional name some time after emigrating to America. He appeared in many short films, first in 'Apartment No. 13' in 1912, however he was to become best known as a Charlie Chaplin imitator, after Chaplin made his film debut in 1914.
Oliver Hardy often appeared as his antagonist in a role reminiscent of those of Eric Campbell's in Chaplin's shorts with Mutual Films. To make matters even more confusing, West also frequently employed Chaplin regulars Leo White and Mack Swain. The titles of his films sometimes harkened back to those of Chaplin's, like 'His Day Out,' 'The Hobo,' etc. There are even a couple called 'The Star Boarder' and 'Dough and Dynamite'! It is understandable how the public had trouble telling West films and Chaplin films apart. 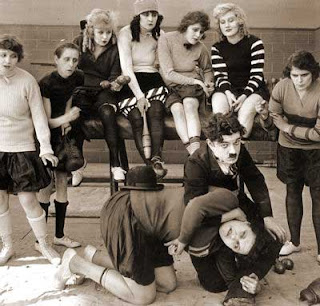 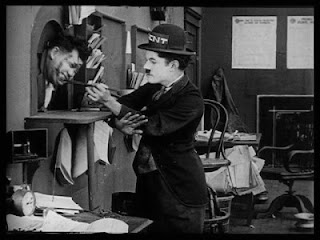 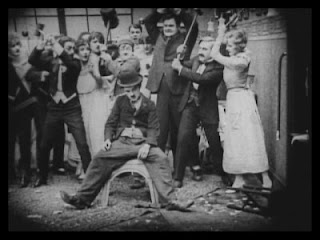 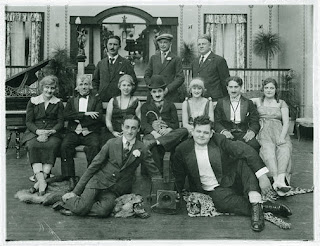 Unlike other imitators, West was never on the receiving end of a lawsuit from Chaplin, thus implying that Chaplin's attitude may have been something between grudging admiration and benign neglect. Billy even had his own imitators, such as Harry McCoy (shown below)who subbed for West during a contract dispute. 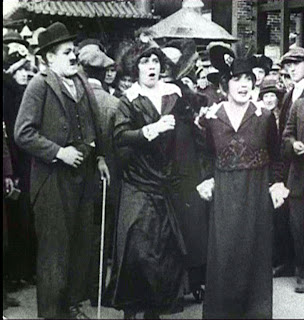 But ultimately even the best imitator is just an imitator, and West himself must have tired of the act. His post-1920 comedies in which he plays a "Dapper Dan" type character showed that he didn't need the Chaplin persona to pull off a good comedy. He later moved in to Directing/Producing, first himself and occasionally Ethelyn Gibson. In the 1950's he became an assistant director at Columbia Pictures while managing the Columbia Grill. He died in 1975 while leaving the Hollywood Park Racetrack. 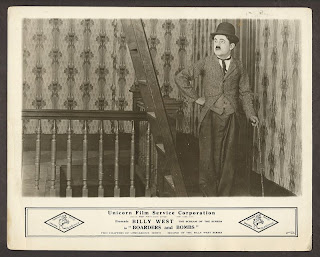 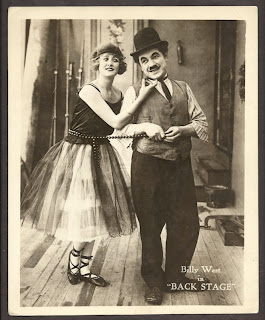 Special thanks to Phil Posner's images from silentcomedians.com
Posted by The Faux Charlot at Thursday, September 09, 2010