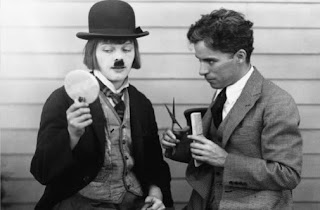 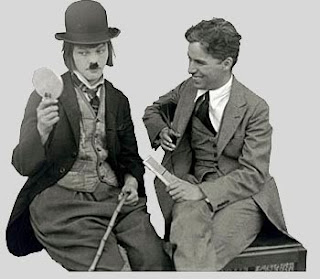 Here we see Charlie Chaplin, and a young friend in his costume. Much speculation has been made as to whom this friend is.
In biographies, it has been labeled as an older Jackie Coogan (star of Chaplin's 'The Kid'), but this is highly unlikely, as Coogan would have still been a child in the mid-1920's. Many in the Chaplin fan community have concluded that this is silent film actress Mary Thurman. The official Chaplin website has also labeled this photo as Thurman.

Posted by The Faux Charlot at Wednesday, September 08, 2010