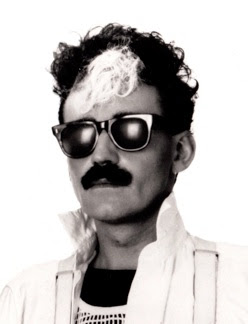 Late British musician, painter, sculptor, actor, board game designer and chicken hypnotist, best known as the frontman of the post-punk band Writz, and as one half - with his wife Bev Sage - of the 1980s pop outfit Techno Twins (later just The Technos).
Fairnie also had success as a Chaplin impersonator, and had his own children's show with a Chaplinesque character 'The Kid' (seen below): 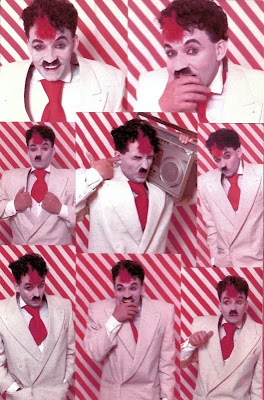 As a lookalike with a number of agencies, he travelled the world on a variety of assignments - including some of the famous IBM newspaper ads and a bizarre shoot in Japan, where he was asked to stand 10 feet underwater, weighed down with lead, to model clothing. He also featured in the pop video for Ricchi e Poveri's "Voulez Vous Danser" , a massive hit in mainland Europe in 1984. 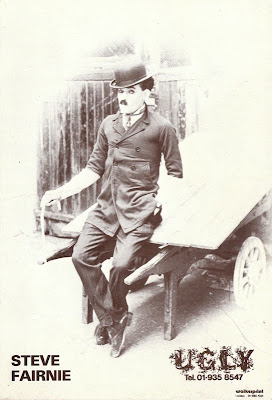 When interviewed by the Bristol Evening Post for an article to tie in with the release of Attenborough's 'Chaplin' movie, Fairnie had this to say: "The good thing is that you never have to remember any lines. It's a nice character to do and people take to it very well - the old ladies and the kids love you."

More can be read about his life and career here.
Posted by The Faux Charlot at Tuesday, November 16, 2010