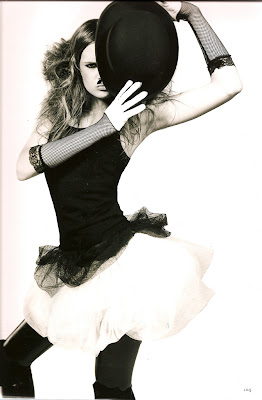 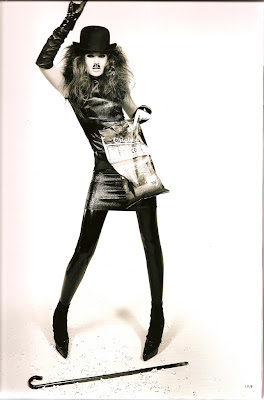 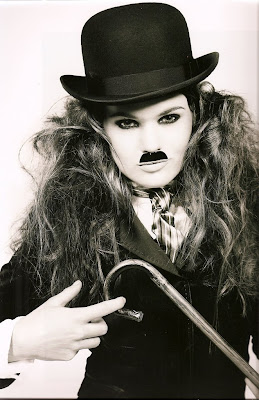 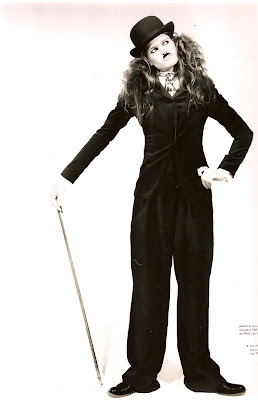 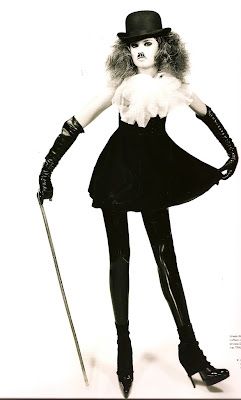 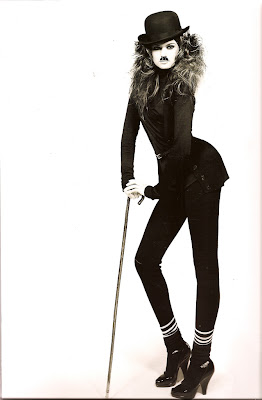 Posted by The Faux Charlot at Friday, February 11, 2011 No comments: 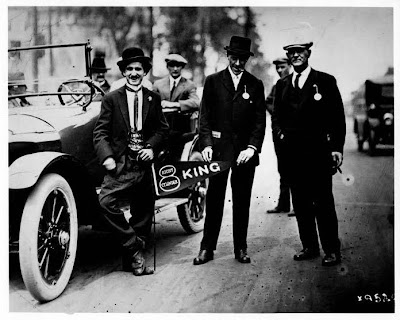 Photo of an impersonator, presumably for KING 8 cylinder automobiles.
Posted by The Faux Charlot at Thursday, February 10, 2011 No comments: 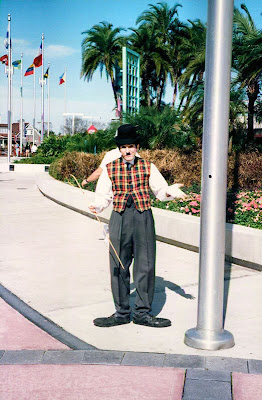 Posted by The Faux Charlot at Thursday, February 10, 2011 No comments: 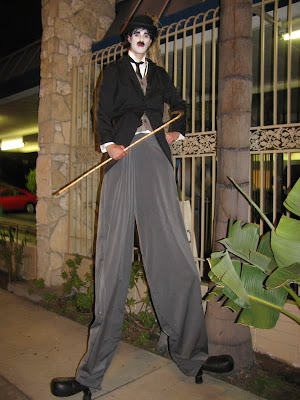 As seen on the streets of Hollywood, CA....
Posted by The Faux Charlot at Wednesday, February 09, 2011 No comments:

Billie Ritchie: Who's imitating who? 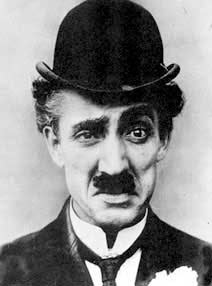 Billie Ritchie was born in Scotland in 1874 and joined the world-renowned Karno Fun Factory and Comedy Troupe traveling the world with Charlie Chaplin and Stan Laurel, among others. In 1916 he left Karno and began making silent films for director Henry “Pathe” Lehrman’s L-Ko Comedy studios and then his Fox/Sunshine Studios. Ritchie always claimed that Charlie Chaplin imitated his on-stage character of a rag-bedecked “little tramp,” although he himself was saddled with the description of being one of the many Chaplin imitators. 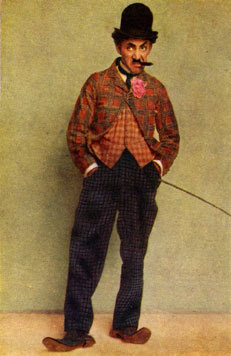 Early movie magazines seem to support his claim. In an early 1915 article Moving Picture World described Ritchie as the original “Drunk” in a “Night in an English Music Hall,” a role he performed coast to coast with the Orpheum circuit. Ritchie estimated he had played the role, which Chaplin used in his Karno tours and evolved into the “Tramp” character, more than 5,000 times in America, England and France.
He told interviewers in 1917: "I first used my present make-up in my vaudeville act with my three sisters in 1887. Two years later I again used the same make-up in the character of the street musician in 'Early Birds' while with the Karno company. I claim that I am the originator of this make-up and of the comedy that is associated with the make-up."
Most likely the tramp with moustache, cane and bowler became a stock character in the English music hall, but when viewing footage of Ritchie, one can tell his actions and mannerisms are completely different from Chaplin.

In 1919 Ritchie was injured while making a Lehrmann comedy when several ostriches used in filming attacked the unfortunate actor. It was probably on the set of A Twilight Baby, filmed in the fall of 1919 and released in January of 1920. It was directed by Jack White for Henry Lehrman’s production company. The accident was one of many examples of Lehrman’s common practice of putting actors in dangerous situations; his was nicknamed “Suicide” after he let several live lions lose on a group of extras in one of his early silents. In another earlier film featuring Ritchie, Silk Hose and High Pressure, he was catapulted 30’ into the air using high pressure water hoses.

The ostrich attack seriously injured Ritchie and over the next two years he was confined to his bed at home at 1200 McCadden Place with serious back and internal injuries. He eventually succumbed to his injuries on July 6, 1921, dying in bed at the age of 42, leaving his wife Winifred and a 20 year-old daughter Wyn. 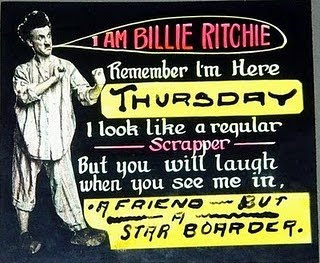 Posted by The Faux Charlot at Tuesday, February 08, 2011 No comments: 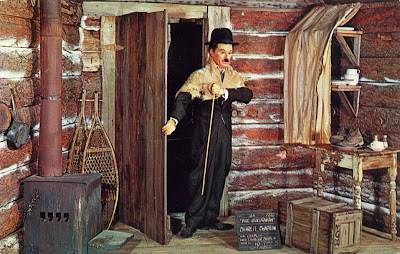 Vintage postcard from Movieland Wax Museum in Los Angeles California.
Posted by The Faux Charlot at Monday, February 07, 2011 No comments: