Slightly morbid, since Ritchie died of an ostrich attack on the set of a film.
Posted by The Faux Charlot at Friday, June 24, 2011 No comments:

The Evolution of Lonesome Luke 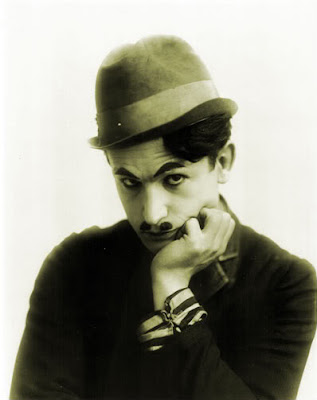 Before he was famous for his straw hat, round glasses, and daredevil, building-scaling antics, Harold Lloyd was a Chaplin-inspired character called 'Lonesome Luke'. In Lloyd's defense, he was never actually copying Chaplin's character, and tried to be (visually) the opposite of the tramp. Tight pants, bigger jacket, even the mustache is a reverse-Chaplin. Lloyd had even tried this idea previously with yet another Chaplin inspired character, Willie Work. 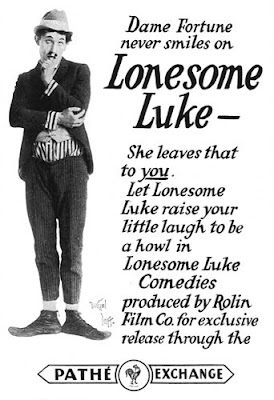 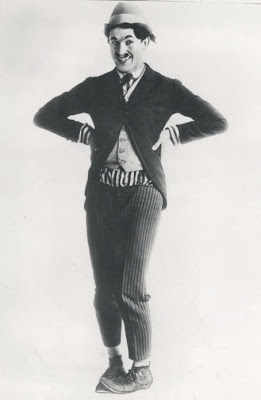 To quote Lloyd: “In a haberdashery dad found a black-and-white vertical-striped shirt and bought out the stock. The coat of a woman’s tailored suit, a pair of very tight and short trousers, a vest too short, a cut-down collar, a cut-down hat and two dots of a mustache completed the original version of Lonesome Luke. The cunning behind all this, you will observe, was to reverse the Chaplin outfit. All his clothes were too large, mine all too small. My shoes were funny, but different; my mustache funny, but different.”
“… I had the feeling, and rightly so, that I would never get any farther with Lonesome Luke than I had. Because, underneath it all, he was a comedy character that couldn’t possibly rise to the heights that Chaplin had, and in some ways, while you didn’t directly try to imitate Chaplin, he was a character that dropped into that category.” 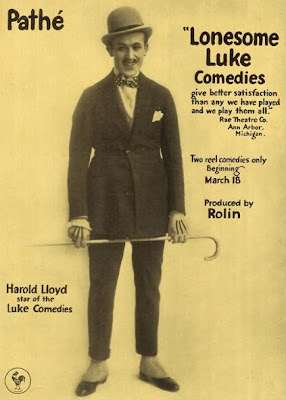 “Not only was the get-up imitative of Chaplin, but it was an offense to the eye originally. I cleaned it up as time went on until it was self-respecting before it died, but I do not like to recall it and I am sorry that it is necessary to exhume it for this autopsy.”

Lloyd went on, of course, to create a unique and very successful character that has stood the test of time. For more information on Lloyd's career, visit this great website. 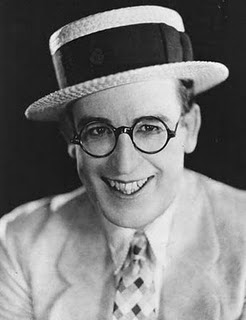 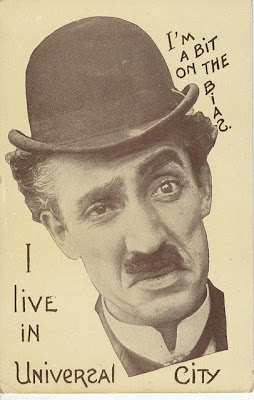 Posted by The Faux Charlot at Wednesday, June 22, 2011 No comments: 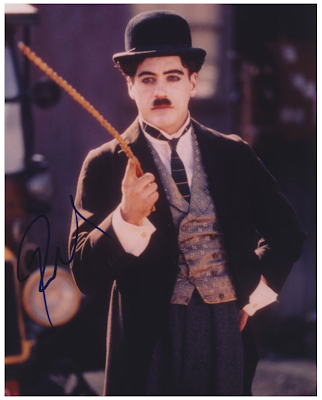