(NOTE: That was the caption to this photo in Kodak Magazine, however, this really looks like Richard Bell from the 1922 Chinese film 'The King of Comedy Visits Shanghai by Embassy Films. 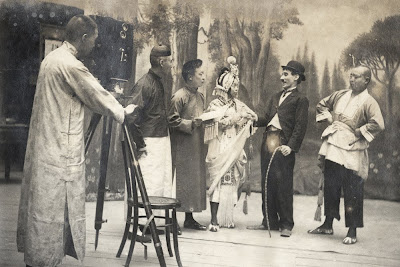