Erinina Ness in costume for her Charlie Chaplin burlesque trapeze act.  You can find out more at www.erininamarieness.com. 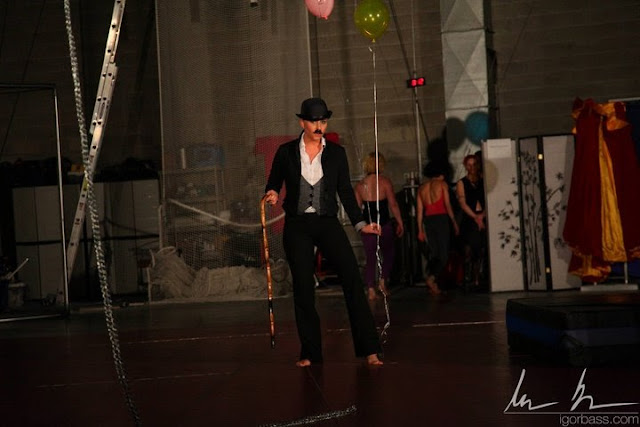 Photo by Igor Bass.  Thank you to Erinina for submitting this photo!
Posted by The Faux Charlot at Thursday, August 29, 2013